On October 2nd 1997, a father and his son set off in their car to visit family in the Lake District. It was the last time they were seen alive. Two weeks later, on October 18th, the bodies of John Lee (52) and young Connor (14) were discovered at the scene of a car crash in rough terrain near Windermere. The deaths were treated as an accident, which was tragic enough for the rest of the family. 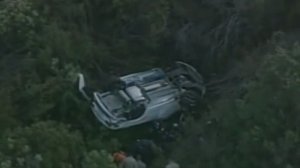 However, post-mortem examinations left investigators baffled when they discovered fresh lipstick marks on the mouth of the young boy. This article from the BBC archive states, “Forensic testing indicated that the lipstick, a brand popular with pre-teens, had been applied 10-14 days after the car accident”

Just how did the lipstick get there?? There are many different theories but as a blogger of sex and death I began to wonder if there was a slightly necrophilic element to the case. Turns out I’m not the only one: Several years later, director Tomas Mankovsky happened upon some old newspapers while he was carrying out DIY and the article about this case inspired him to interpret the story in his own way. He created “Grace”, an eerily beautiful film exploring the case. It’s only 3 minutes long so DO watch it!

You can also read Tomas’s comments on the case and see the video here. I have been unable to find out much more on the internet but as unsolved mysteries go, this one really sends a shiver up the spine….